What Dickens Can Teach Us About Complex Characters 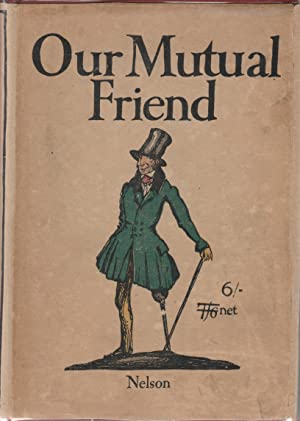 In Our Mutual Friend, Charles Dickens' final completed novel, he presents for us one of his most comprehensive and well-rounded tales. Herein is all the darkness of Hard Times, the cynicism of Martin Chuzzlewit, but also the optimism and hopefulness of David Copperfield and Nicholas Nickleby. G.K. Chesterton wrote of Our Mutual Friend that it “marks a happy return to the earlier manner of Dickens at the end of Dickens’ life.”

In it, Dickens introduced the dark tale of a murdered heir and the unexpected turn of events that results when his body is fished from the Thames by unsavory “waterside character” Gaffer Hexam and his beautiful daughter Lizzie. The overarching greed of mankind, both the unabashed grasping of lowlife grubbers and the sophisticated cultivating of social climbers, runs rampant when a sketchy will leaves the entirety of the murdered man’s fortune to two kindly and ridiculous servants, Mr. and Mrs. Boffin. As the “Golden Dustman” and his wife rise to wealth and power, they bring with them the victim’s would-be fiancée—the beautiful and mercenary Bella Wilfer—and an earnest stranger—John Rokesmith—who pledges himself as secretary to the beleaguered Mr. Wilfer.

Overflowing with subplots (including that of the nouveau riche Mr. and Mrs. Veneerings, naively determined to leave their mark on high society; the mismatched and conniving newlyweds Albert and Sophronia Lammle; the scheming Silas Wegg, hired by Mr. Boffin to read him The Decline and Fall of the Roman Empire; and Eugene Wrayburn and Bradley Headstone, the two unworthy young men who seek the favor of the lovely and modest Lizzie Hexam, and about whom I will have more to say in a bit), Our Mutual Friend claims for itself a place among the most complex of Dickens’s works—and at the same time one of the simplest. Nowhere is this better demonstrated than in his characters.

Although what Dickens offers us in Our Mutual Friend does at times dip into the unrealistic (such as when he asks readers to believe that the ingenuous Mr. Boffin is capable of sustaining a lengthy charade of miserliness), he has also given to classic literature several wonderfully complete characters.

The three that particularly stand out to me are Eugene Wrayburn and Bradley Headstone—the two men in love with Gaffer Hexam’s daughter Lizzie—and Lizzie’s young friend and protector, the crippled Jennie Wren.

Dickens—whose characters, although not always black and white, almost always give to the reader an immediate presupposition of their alignment in the story (good guy or bad guy)—bestows upon his readers a special treat in the creation of Wrayburn and Headstone. Both men are attracted to Lizzie Hexam’s beauty, both men are selfish in their treatment of her (Wrayburn toys with her without ever intending to marry her; Headstone pursues her obsessively, even after she refuses his hand). But each man presents a complicated personality that leaves the reader wondering, Do I like this man or not?

Wrayburn is careless and indolent, telling his friend Mortimer Lightwood that he is undecided as to whether he will respond honorably to Lizzie Hexam or not. Upon being spurned, Headstone lashes out in jealous violence, swearing to Lizzie that he will destroy Wrayburn before that gentleman gains the opportunity to disgrace her.

Both also present their sympathetic sides: Wrayburn’s kindness to Lizzie in comforting her after her father’s death and in providing her the opportunity to educate herself reveals a better nature lurking beneath his ennui. He charms all those who know him with his jovial and playful antics, and he is deeply loved by his friend and partner, Mortimer Lightwood. In itself, perhaps, the love and attachment of the honorable Lightwood does more to win over the reader’s affections than any particular act of Wrayburn’s. For the writer, it is an interesting concept: If a character can be loved by another character, he will, at the very least, be found sympathetic by the reader.

Bradley Headstone, on the other hand, initially presents the aura of respectability. As the headmaster of the reputable school attended by Lizzie’s younger brother Charley, he presents every indication of being a good and upright man, right down to his “decent black coat and waistcoat, and decent white shirt, and decent formal black tie, and decent pantaloons of pepper and salt, with his decent silver watch in his pocket and its decent hair-guard round his neck.” But from the beginning, the reader also glimpses the man’s inflexibility. Although he genuinely wishes to raise Lizzie to the honorable estate of marriage, he never once considers her own feelings in the matter. And when he realizes he has a rival in Eugene Wrayburn—a man who does even trouble himself to reach Headstone’s level of decency and respectability—the schoolmaster is driven into a state of insane rage.

He is never a likable character, and yet the reader is still able to maintain sympathy toward him. While Wrayburn’s intentions toward Lizzie remain ambiguous even to himself, Headstone never intends anything but propriety in his attentions to her. He is, at least initially, a more upright man than the cavalier Wrayburn, and when he is spurned in favor of such a man, he is understandably offended.

Headstone presents a fine archetypal villain: never likable, always understandable, and usually, even in his darkest moments, ever so slightly sympathetic.

Finally, we come to Jennie Wren, the young, deformed spitfire who, I personally feel, is the finest character in the book. A decidedly minor character, Jennie transforms her every scene with keen insight and acerbic wit. Dickens, with his perceptive eye for the grotesque and his fine sensibility for the fantastic, transformed the pathetic figure of an alcoholic’s crippled daughter into a captivating and indomitable young woman.

The bare fact that her “back’s so bad and [her] legs are so queer” is hardly enough to align her in the reader’s affections. But add to that her determination to conquer life despite her handicaps (and their inevitable affect on other people, her peers in particular), her incisive wit, and her undeniable intelligence—and she presents a formidable scene-stealer. To quote novelist James Scott Bell, she posses the three necessities of a great character, “grit, wit, and ‘it’,” the latter being a certain indefinable charisma.

Altogether, these three characters, along with an accompanying host of Dickens’s trademark buffoons and archetypes, bring his final entrée into the literary world to a level of sophistication not found in most of his earlier works. As we seek to write complex characters of equal realism and interest, we could do much worse than to study a master like Dickens at work. 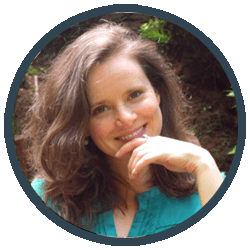 K.M. Weiland lives in make-believe worlds, talks to imaginary friends, and survives primarily on chocolate truffles and espresso. She is the award-winning and internationally published author of the acclaimed writing guides Outlining Your Novel, Structuring Your Novel, and Creating Character Arcs, as well as Jane Eyre: The Writer’s Digest Annotated Classic, the historical/dieselpunk adventure Storming, the portal fantasy Dreamlander, the medieval epic Behold the Dawn, and the western A Man Called Outlaw. When she’s not making things up, she’s busy mentoring other authors on her award-winning blog. She makes her home in western Nebraska.