This is a free event but you must register here.

Congratulations to the 2021 Book of the Year Award Winners 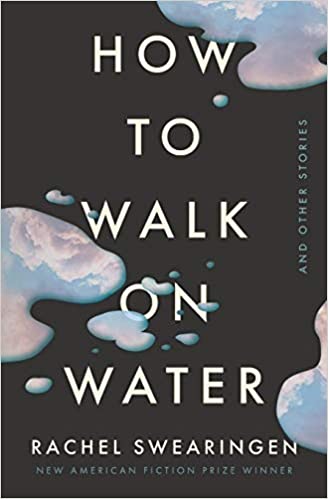 How to Walk on Water and Other Stories by Rachel Swearingen

Judge Elizabeth Wetmore writes: The nine stories in Rachel Swearingen’s debut collection, How to Walk on Water, are magnificent. With her spare prose and keen insights into her characters’ lives, Swearingen truly honors the elegant, noble tradition of the short story. I admire her superb powers of observation and description, her spot-on pacing, and the grace she accords to her characters, in all their fragility and weirdness and resilience. Most of all, I admire the careful, honest way Swearingen infuses these stories with dignity, beauty, and wonder. For me, two measures of a great collection of stories are: Did the stories ring true? and Will I wish to revisit them from time to time?

Happily, the answer to both questions is a resounding yes. It is a delight and an honor to choose How to Walk on Water for the Chicago Writers Association Book of the Year 2021. 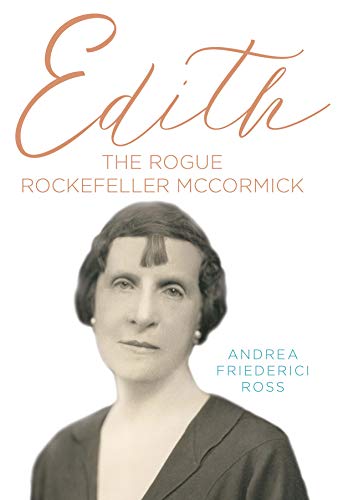 Judge Peter Copeland writes: This biography paints a warm and friendly portrait of a woman who should be better known. The author rightly considers her subject a “patron saint” of Chicago, responsible for a zoo, a hospital, the opera and many other contributions.

Edith Rockefeller McCormick likely would have been a captain of industry, an influential intellectual or a public figure, if only she had not been born a woman in 1872. She was the child of great wealth and married into another wealthy family. She was well educated and ambitious, but her role was limited by gender, and she is mostly forgotten today.

The book recounts Edith’s many accomplishments, and frustrating failures. The story includes great tragedy - the loss of two young children – and, believe it or not, worries about money. The writer makes it possible to imagine Edith as a living, loving and struggling person, at times admirable, at times frustrating, and occasionally whacky.

The adventures are Edith’s own, but the author skillfully shows how they unfolded in a particular time and social class, and among the beliefs and fads of the day. In many things Edith was ahead of her time, discovering artists and writers such as James Joyce and backing the psychologist Carl Jung, who would become well-known later.

Author Andrea Friederici Ross clearly empathizes, and in some ways identifies with, her subject. This affection could blind some authors to the flaws in their subjects. In this case, the author took strength from Edith and used it to power a 10-year quest exploring libraries and archives in the United States and Europe. The final draft of the story is a welcome corrective to the unfair treatment of Edith during her life and in the historical record.

Honorable mention for Traditional Nonfiction goes to The Case of the Murderous Dr. Cream by Dean Jobb 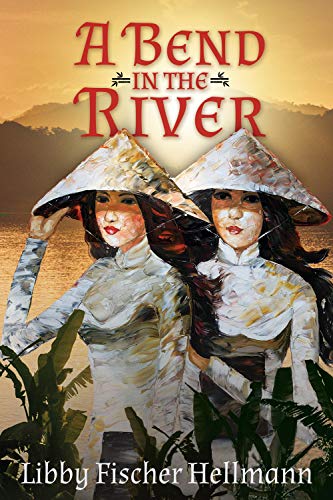 A Bend in the River by Libby Fischer Hellman

Judge Dana Killion writes: Hellman crafts a luscious tale of two sisters locked in a traumatic history that defines them but also tears them apart. Themes of family, the meaning of sisterhood, survival, and forgiveness pull the story forward. The language and setting are rich, the characters intriguing, and the story all the more engaging for its travel through the ravages of war-torn Vietnam.

Honorable mention for Indie Fiction goes to The Wisdom of the Flock by Steven M. Gnatz 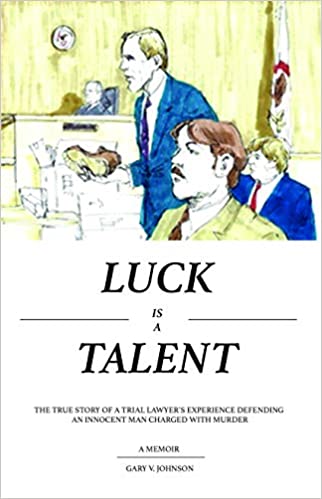 Luck is a Talent by Gary V. Johnson.

Judge Mary Sollinger writes: Gary has given us a close up view of our convoluted law system and how human complexities can make a difference in and outside of the courtroom. He brings in the human element and  passion for fighting for the truth, to continuing the questions and dealing with hard personalities and their conflicts, all of which can affect the outcome for three innocent people.

Gary is honest about how innocent people can be categorized and prejudged before the trial starts.

He also shows the behind scenarios of how frustrating the work of a lawyer can be and how long a lawyer has to stay on a case.  I congratulate him for acknowledging how this case affected his personal life and how he came out as a better person.

Also, I appreciated his timeline and the list of his main characters which gave a helpful prospectus of the many personalities and their lengthy rolesin the trial.

Anyone who is thinking of a career as a lawyer or who is curious of how our legal system with its many challenges works should read Luck is a Talent.

Past Winners of the Book of the Year Awards

Traditional Nonfiction: From Miniskirt to Hijab by Jacqueline Saper

Indie Nonfiction: From Inspiration to Activism by Mary Lang Solinger

Traditional Non-Fiction: In Deep: How I survived Gangs, Heroin, and Prison to Become a Chicago Violence Interrupter by Angalia Bianca, with Linda Beckstrom

Indie Non-Fiction: The Buddha at My Table by Tammy Letherer

Traditional Nonfiction: Tinker to Evers to Chance by David Rapp

Traditional Fiction: The Virginity of Famous Men by Christine Sneed

Indie Fiction: out the door! by M.L. Collins

Indie Nonfiction: Of This Much I’m Sure by Nadine Kenney Johnstone

Spirit Award: Suzy Takacs, owner of The Book Cellar and supporter of Chicago writers and the literary community 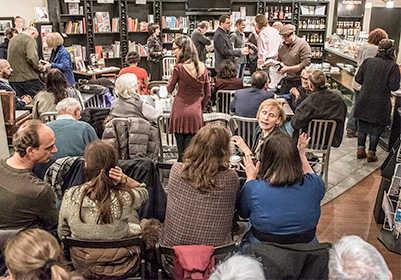 Non-Traditional Fiction: A Bitter Pill to Swallow by Tiffany Gholar

Non-Traditional Nonfiction: Hugh Hefner’s First Funeral and Other True Tales of Love and Death in Chicago by Pat Colander

Traditional Nonfiction: Empire of Deception: The Incredible Story of a Master Swindler Who Seduced a City and Captivated the Nation by Dean Jobb

Non-Traditional Nonfiction: a different kind of same by Kelley Clink

Lifetime Achievement Award: Karen Thomson, founder and director of Literature for All of Us

Non-Traditional Fiction: 30 Days to Empathy, by The 31 and Jay C. Rehak (Editor)

Traditional Nonfiction: We Hope You Like This Song by Bree Housley

Non-Traditional Nonfiction: Any Road Will Take You There by David W. Berner

Traditional Fiction: The Temple of Air by Patricia Ann McNair

Non-Traditional Fiction: Coming Out Can Be Murder by Renee James

Non-Traditional Nonfiction: Grieving Dads: To the Brink and Back by Kelly Farley

Traditional Fiction: Portraits of a Few of the People I’ve Made Cry by Christine Sneed

Traditional Nonfiction: Three Wishes: A True Story of Good Friends, Crushing Heartbreak, and Astonishing Luck on our Way to Love and Motherhood by Pamela Ferdinand, Carey Goldberg and Beth Jones

Non-Traditional Nonfiction: Giants in the Park: A Guide to Portrait Statues in Chicago’s Lincoln Park by Krista August

Bill Turck & Kerri Kendall, talk-radio show hosts bringing celebrity guests and up and coming artists and writers, helpful how-to’s, and more from around the world.

George Rawlinson, longtime CWA board member, author, publisher, and tireless advocate for Chicago and its rich literary tradition; generous supporter of our writing community; inspiration to all who have been touched by his warmth and kindness and generous, loving spirit.

Suzy Takacs, owner of The Book Cellar and tireless advocate for Chicago literature and the people who create it.

Karen Thomson (Lifetime Achievement Award), founder and director of Literature for All of Us