Want to be a Successful Author? 10 Things English Majors Have to Unlearn 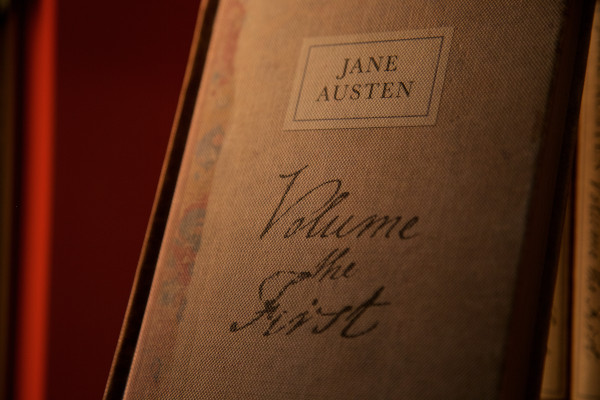 One of my favorite moments in film happens in Star Trek IV, when the Enterprise crew find themselves back the 20th century. Kirk refers to “the complete works of Jacqueline Susann, the novels of Harold Robbins,” and Spock replies, “Ah… The giants!”

Funny bit. But the thing is—they were giants. Not great writers, but great storytellers. They provided the stories people of their era were eager to read—the same way Jane Austen, the Brontës, and Dickens did.

WH-A-A-A-T!!? I can hear the English majors screaming now—“You dare to compare Susann and Robbins with great literary writers?”

Well, yeah. Because Austen, the Brontës, and Dickens didn’t set out to be “great literary writers.” They set out to make money writing books—just like Susann and Robbins.

Hey, I’m an English major myself (technically Art History, but I spent enough time studying literature to qualify.) I could compare and contrast the use of nature imagery in the Romantic poets before I’d ever read a Harlequin romance.

But looking back, I realize I should have given the Harlequins more notice. Studying classic literature gives you a false idea of what most people read. It also teaches a cerebral rather than visceral approach to writing—plus it gives us a pretty distorted idea of the typical author’s life.

Here are some things I learned in academia that worked against me in the real publishing world.

1) Genres? We don’t need no stinking genres! I’ve spent most of my writing life “trampling across every accepted boundary of fiction category with joyful abandon,” as my UK editor once put it. Which made my work almost impossible to sell.

The truth:  Most successful writers get in through the genre door. Even a lot of literary ones. Kurt Vonnegut wrote SciFi; Margaret Atwood writes women’s fiction; Dennis Lehane writes mysteries. Very few purely literary novels sell—and most of those are by authors who have published scores of exquisitely crafted short fiction pieces in prestigious journals.

We need to choose a genre and write as creatively as possible within its boundaries. Otherwise, no matter how brilliant we are, we can stay unread forever. Even self-publishers have to categorize themselves or get lost in the amazon.com jungle.

The truth: Nope. It’s about the story. Turns out theme is something you kind of sneak in, just for yourself. If you want future English majors to ferret out your themes a hundred years from now, you have to actually sell the book now. And, outside of a classroom, most people don’t give a damn about themes. I know. Sigh.

3) People will be impressed by your vast knowledge of literature.

The truth: Um, not really. That quote from Aphra Behn’s Oroonoko may impress your former Restoration Lit. professor, but after she dies, there will be zero people who care.

4) Use topic sentences; never use fragments; semicolons are our friends.

The truth: Strict adherence to the kind of grammar that’s required for English papers and the PMLA comes across as stilted and boring in fiction. And a little hostile.

5) Because writers like Gertrude Stein, Joyce, and Kerouac did cleverclevercleverthings with punctuation and syntax, you can imitate them, and people will think you’re clever too.

The truth: Hard to read is hard to sell.

Gertrude Stein gave great parties (and her wife baked killer brownies) which fueled her fame more than her books. Joyce’s books were reputed to be, ahem, dirty (never underestimate the power of banning books to get people to buy them.) And Kerouac tantalized the Mad Men era with tales of the non-conformist life they were starved for. I’m not saying these writers aren’t great, but experimental writers usually need other factors beyond their actual writing to get them into the public eye.

The truth: Henry James has a lot to answer for. When was the last time you picked up a book to read on the plane because of the long, detailed descriptions and tangential philosophic musings?

7) You can’t go wrong if you follow the masters. Prologues, omniscient POV, weather report openings—literature is full of stuff publishers tell you not to do. If Dickens or Faulkner did it, how can it be wrong?

Readers’ requirements change with the times. The Victorians had long winter nights and rainy days to fill. Wealthy flappers had servants and no jobs. Mid-twentieth centurians had only three TV networks. Even twenty years ago, there was no Internet. Fierce competition changes the rules.

What’s clever the first time can become clichéd. Good stuff gets repeated. A lot.  I’ll never forget taking a person to his first production of Hamlet. “Why do they call Shakespeare great?” sez he. “That play was just one cliché after another!”

Some things are tough to do well. Why sabotage yourself by inviting comparison with the greats?

They’re famous; you’re not. After a publisher has a bunch of money invested in your “brand” maybe you’ll get to break the rules, too.

8) Just be honest and authentic and “tell your truth,” and you’ll be a success.

9) Writers’ lives are considered important and interesting. You spent all those class hours studying every detail of Emily Dickinson’s existence, every nuance of Scott and Zelda’s correspondence, and endlessly pondering why Virginia Woolf took that walk into the River Ouse. So you think maybe if you get published, people will be interested in your life too.

The truth: If you say you’re a writer, most people will 1) let their eyes go glazey, 2) ask the direction to the bathroom, or 3) tell you their life story and offer to go 50-50 with you on the book if you “just write down the words.”

10) Writers get to spend lots of time in exotic cafés, discussing life’s great questions and drinking interesting alcoholic beverages. (OK, I read way too much Hemingway and Fitzgerald at an impressionable age.)

The truth: Most writers are shy, boring people who work in hidey-holes wearing old sweats. Every day. Hardly anybody sends them to Paris. 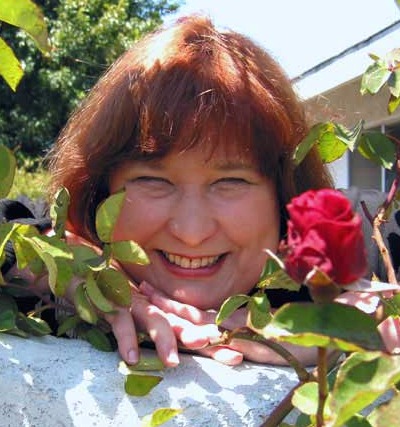 Anne R. Allen: My books are mostly romantic-comedy/mysteries. Maybe a little more comic than romantic. Since two of my favorite writers are Dorothy Parker and Dorothy L. Sayers, I guess it makes sense that I ended up writing a mash-up of the two “Dorothy” styles. Ruth Harris calls it “Chick Lit Noir.”

I’ve been in the writing business long enough to have collected a pretty full set of mistakes. I blog in hopes of helping some of the new writers out there make better choices.

In a former life I was an actress, bookseller, and the former artistic director of the Patio Playhouse in Escondido, CA. I last appeared in A Comedy of Errors at the Pacific Conservatory of the Performing Arts. I grew up in New England (Waterville, ME and various college towns in CT) graduated from Bryn Mawr College, and spent some time doing the hippie vagabond thing in several continents. Even got married once. All excellent adventures.