The Big Switch – Writing Outside Your Genre 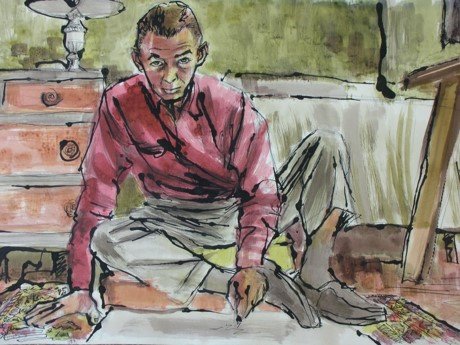 One of the challenges you’ll frequently encounter is writing in a genre different from your preferred or customary genre. As a novelist, for example, you may be called upon to write a nonfiction essay describing how you work. As a writer of self-help books, you may want to break into short fiction. Taking advantage of available opportunities means grasping what’s required to switch to an unaccustomed genre.

Below are tips on making the Big Switch, based on my experience writing Low on Gas – High on Sky, a nonfiction book of narrative history. My prior books were the crime novel Handful of Air, the historical novel Illusions of Magic, and the screenplay Illusions of Magic: The Movie.

In 2018 I learned of the absence of any book devoted to a true adventure—a fabulous record-setting 1929 flight of 6,200 miles in which the airplane never landed. Fascinated, I decided to write its story.

I was immediately seized with fear and awe. Awe, realizing I lacked training in history. Fear, that I might do injustice to an important historical figure.

Awe and fear are to be expected in tackling the unfamiliar. Solution? Admit these reactions are valid—then move forward with undiminished enthusiasm for your project.

An unfamiliar genre demands study. Read up. Study works within the genre. If for example, it’s writing short stories, obtain the many anthologies available and read, read, read. You’ll soon form a picture of the genre’s characteristics and requirements, perhaps evoking approaches you might use.

Reading books and articles on history quickly informed me that the heavily footnoted treatise that characterizes today’s writing on history was an approach I should avoid. Instead, I decided to take as models the less-formal narratives typical of Simon Winchester, David McCullough, and Eric Larson. Rather than producing narrow, deep scholarship aimed at fellow experts, these authors use verve and color to illuminate history for interested laymen.

Do You Have the Skills?

Two kinds of skills are needed to master your new genre. The first is facility in basic English: deciding structure, forming declarative sentences, building paragraphs, and observing the rules of syntax.

Other genres, such as literary fiction, poetry, spiritual, and body-mind, may require an unusual vocabulary, a feel for linguistic rhythms, ability to persuade, psychological insight, or other less well-defined skills. These may entail certain prior experience or be very difficult to acquire.

I fortunately knew the skills I’d gained in researching the 1932-33 politics of Chicago for my historical novel Illusions of Magic would aid me in educing the true nature of Nick Mamer’s life for the upcoming book.

When embarking on an alternative genre you must ask yourself whether you possess, or can gain within constraints, the skills required.

Almost always, the amount of research needed for a new project is underestimated. It seems research inevitably reveals unanticipated aspects which require more research to explain, verify or prove incorrect. A conservative approach is to assume your estimate of the research required is too low.

During the research phase for my book on the record-setting pilot, we discovered an appealing sequence of historical events published in a well-known metropolitan newspaper. The published events conflicted with other events we’d verified, so it became necessary to resolve the conflict. Despite diligence, we were unable to verify the published sequence. It took an unanticipated amount of work to eventually prove that the published sequence never occurred.

In another instance, an erroneous caption on a photograph in multiple, published sources caused wasted effort attempting to resolve conflicting aspects of the airplane’s construction. Because the error had been widely reported and reprinted numerous times, it took much effort to recognize and correct this error.

Try to locate sources which may enlarge your understanding of the event, topic or subject of the new genre.

During the research phase for my new book, I took a shot in the dark by writing a letter to a person I believed to be my subject’s granddaughter in Alaska. This ultimately resulted in gaining access to a trove of personal memos, photos and documents previously unknown to the outside world. The family’s collection of memorabilia proved essential to understanding his life history—an outcome that wouldn’t have occurred had I not taken that ‘shot in the dark.’

You may be able to reduce the overall effort by altering your approach to the writing.

I began writing this nonfiction book before the research was complete. This was essential if I were to meet the established timeline for publication. I also altered my usual practice by initially writing a later part of the book rather than the introductory chapters. This saved effort because research later uncovered aspects essential to audience understanding of the introductory material. This tactic saved both time and effort.

Illustrations, including photographs, maps, drawings or diagrams, are often essential to fully explain or amplify an involved idea or a complicated process. In my nonfiction book, I found it essential to produce both a drawing and a map (included here).

When venturing into a genre in which you are new, it’s wise to be aware of potential criticisms. While realizing that the critic’s duty is to inform you of your errors, you must not allow this to deter you from forging forward—critics are sometimes correct, always righteous, and forever busy.

When I decided to employ a less-formal narrative approach for my nonfiction history, I understood that historians find this method unworthy. They complain of inadequate acknowledgement of prior documentation, excessive scene-setting, insufficient analysis and argument, etc. I nevertheless proceeded to write the story as I envisioned it.

Venturing outside your customary genre is worthwhile. Be awed, be afraid, but move forward. Study the unfamiliar genre to learn its characteristics and requirements. Make sure you possess the skills needed, or that you can, within constraints, acquire them. Employ tactics that save words, time, and effort. 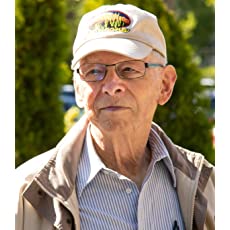 J.B. Rivard is the author of Low on Gas – High on Sky, the story of Nick Mamer’s record-setting flight of 1929, a winner of Reader Views Literary Awards in 2019.

Rivard served in the U.S. Navy as a ground-school instructor at the Naval Air Training Command, Pensacola, Florida. He holds an engineering degree from the University of Florida and retired from the staff of a U.S. National Laboratory as a nuclear reactor specialist.

Rivard worked as a newspaper reporter and as a feature writer for WorkBoat magazine. He’s a composer, artist, illustrator, author of essays, the novels Handful of Air and Illusions of Magic, and with Anya Carlson, Illusions of Magic: The Movie, based on their screenplay. His fifth book, a comedic adventure-thriller titled Dangerous Parallel, is in progress.

More info available on his website: Illusions of Magic