Series: Behind the Pen

Meet the CWA Board 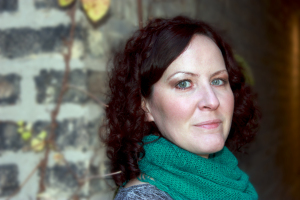 Welcome to Behind the Pen, a series of interviews beginning with the Board of Directors of the Chicago Writers Association. Two weeks ago we posted the first in this series, featuring our president Randy Richardson. If you haven't seen it READ IT HERE. Today we are featuring board member Becky Sarwate.

After you've met our board we will move on to you...our membership, because part of our mission as an organization is to create a sense of community. This is where you'll get to know your fellow writers; how they got started, what inspires them, what their goals are, some of their favorite books, writing tips, and more.

Becky Sarwate is a busy woman! She’s co-author with CWA president Randy Richardson of Cubsessions: Famous Fans of Chicago’s North Side Baseball Team, she's on the board of directors of the Chicago Writers Association AND the board of directors of The Illinois Women’s Press Association. She directs the CWA Book of the Year Awards and helps organize the Summer Social, a joint event between CWA and IWPA. She's a member of Northeastern Illinois University’s English department faculty. she's a theatre critic, and she's a freelance writer contributing to numerous publications. 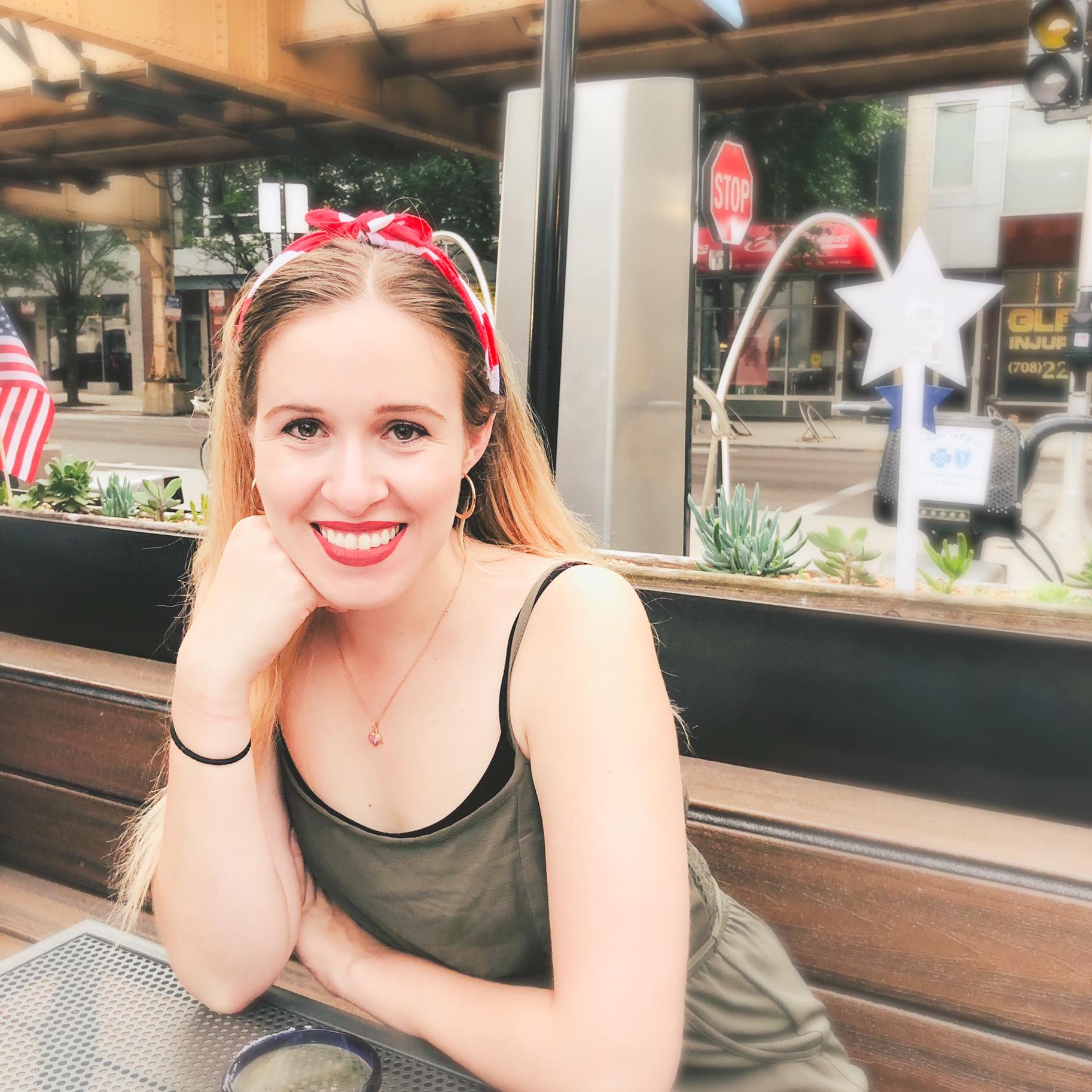 Jessica Mack was previously Editor-in-Chief for the Joliet Junior College Blazer, editing and preparing articles for publication and managing a general staff. Under her leadership, the Blazer was 2018 Best-In-Show at the Illinois Community College Journalism Association annual fall contest and received 2018 Awards for Excellence. She is currently working on her Masters of English at DePaul University with a focus on creative writing and hopes to become a book editor.

Jess: What is one of your favorite moments of being a CWA board member so far?
Becky: When Randy Richardson asked me to join the board in 2017, he and I were working on our book collaboration, Cubsessions from Eckhartz Press. For this book we interviewed famous Cubs fans, who discuss the disappointments and heartaches and joys of being a fan. Because I was working on this book it felt like the right time for me to be involved with CWA. The organization has given me new opportunities and the chance to get to know the rest of the board, who are all amazingly gifted and talented. And now there’s the excitement of being part of an organization which has nearly 900 book authors and feeling like, “Yeah man. I belong. This is awesome.”

Q: What accomplishment in your writing life has had the most impact on you as a writer?
A: I never wrote a book before. I’ve been a political columnist and a theatre critic here in Chicago for ten years and I write for Wrigleyville Nation, a sports website. I’ve written for a number of other political-type magazines so I’ve always thought of myself as a web writer. Writing a book was something I wanted to do, but it wasn’t what I had to do. I think being 39 and putting that first book out there, but already having been a writer for 15 years, made me look at myself in a different way.

Q: That’s what I love about being a writer. There’s so much that we’re able to do and we can expand and not just be one thing.
A: Yes, I actually teach a senior-level class at Northeastern University called “Making Your Liberal Arts Degree Work for You.” It’s about how to get a job and internships with your degree. We talk about personal branding, resumes, PowerPoint presentations and public speaking; all of the things that communicators have in their toolbox when they complete an English degree program. They aren't always aware of how employable that is, so I try to help my students bridge the gap. They’ve had a lot of success, which is a reflection of the curriculum. I’m trying to help them open their minds to all their options instead of feeling that an English degree is limiting.

Q: What made you decide to become involved in the writing community?
A: I was 27 and I had spent six years working in corporate and administrative positions for a bunch of companies. I knew I wanted to be involved in marketing or communications, and I knew the career path I was on was not going to get me there. So I went back to school. I got a part-time job, worked on my Masters in English and graduated with that degree when I was just a shade under 30-years-old. That's when I really started my writing career. A lot of people have the benefit of that “Ah-ha!” moment where they decide much sooner. I was a relative latecomer to the writing game and I feel that I spent a lot of time messing around. Another point of my class is to try to help my students discover their passion. I try to tease out what their best skills are and how that can be directed. So, for an almost 40-year-old woman, I'm a relatively new writer in the sense that I’ve only really been out there for 11 years.

Q: What is your writing process?
A: I’ve been at my theatre criticism work for a long time, and that's a whole different process. I've been doing it for so long that I don’t even take notes any more when I’m at a play; I don’t do much of anything at all except think about it, maybe overnight at the most. and then the next day I set aside two hours and bang it out. I do my own proofreading and copyediting, and I do have a final editor at the magazine, but it’s gotten to where I’ve done over 150 shows now and it comes easy to me.
And then there was the book writing which, of course, is a much longer process. Randy and I did the whole book from concept to delivery in a year, which is amazing considering how many celebrities we had to talk to, and that was completely different.
Before, my process was all self-contained and done out of experience. With the book, there was interviewing, transcribing, working with a partner and with a publisher, and I’d never done any of that before. It was a whole new ballgame (pun intended) for me and I benefited from Randy’s expertise, but I had to change my process for sure.

Q: Describe your writing space.
A: I have a home office that’s decorated in Cubs stuff and I can look out the window. I don’t work with much background noise, I’m not someone who likes music in the background. I don’t like other people chatting; I’m very focused and when I write I usually go two to three hours at a time, super hard. It’s nice for me to be able to roll out of bed in my pajamas, not deal with other people, not deal with other sounds and just be in my comfortable space, doing my work.

Q: What literary workshops or opportunities do you think have made you a stronger writer?
A: I went to a public speaking event a couple years ago, before I started teaching. The woman who ran the workshop said that if you write a book or if you’re a writer at all, you can’t hide from promoting it or you can guarantee no one will see it and you won’t make any money. At the time, I was highly uncomfortable with public speaking. Teaching has changed that. But it was at that workshop where I learned before I became a book writer of the importance of advocating and marketing for yourself and not waiting for someone else.
Also, I can say that Randy is a walking workshop. When we worked on the book together he led me through the whole thing and stopped me from looking stupid or making a huge mistake, and because of that, I’m really proud of my part of that book.

Q: What advice would you give to any new aspiring writer? Is there something you’d like them to know that you wish you had known when you began your own journey?
A: Well, it specifically pertains to being part of an organization. I joined IWPA in 2010 and the following year I joined the board. I had started my writing career in 2009. In 10 years I have gone from being completely unknown as a communicator to being semi-famous on the Chicago literary scene. That’s due to my own work ethic and my willingness to get my hands dirty with these organizations.
IWPA, when I joined, didn’t have a social media presence; they were doing their newsletter in a Word document. So I pitched in. That helped get me noticed by CWA and the leadership there. Many opportunities came my way because I joined an organization and asked what I could do. By showing up and being that guy who was willing to pitch in, help, and try new things, I gained a reputation and that opened many, many other doors for me.

Q: What, in your personal opinion, establishes someone as a writer?
A: The first hard thing is getting bylines, and usually those are easier to get on the web. I have my own website, beckysarwate.com, where all of my collected works are located and categorized by my various writing interests.
I tell my students that if they want to become a writer they have to get bylines. The next question is “How do I do that?” and my answer is, “I have a website and if you have a topic or if you pitch me something that is consistent with my brand and is within the topics that I discuss, then I’m happy to give you that byline.” Things start to happen. It can be hard to get that first stamp of approval, real writing samples.

Q: Lastly, is there anything else that you would like people to know?
A: I can’t say this enough, but when I first became aware of the Chicago’s Writers Association, Randy Richardson was not the president. Since he has come back, the organization has virtually doubled in membership, it sustains itself financially, we introduced the writers conference and there really wasn’t anything like that before he came along.
Randy’s the real deal. I would follow him anywhere. I’m not a person who readily follows someone, I always think I should be leading, but not in this case. I cannot say how inspiring it is to be part of a team with such a visionary and hard-working leader like him.