In Praise of Quitting 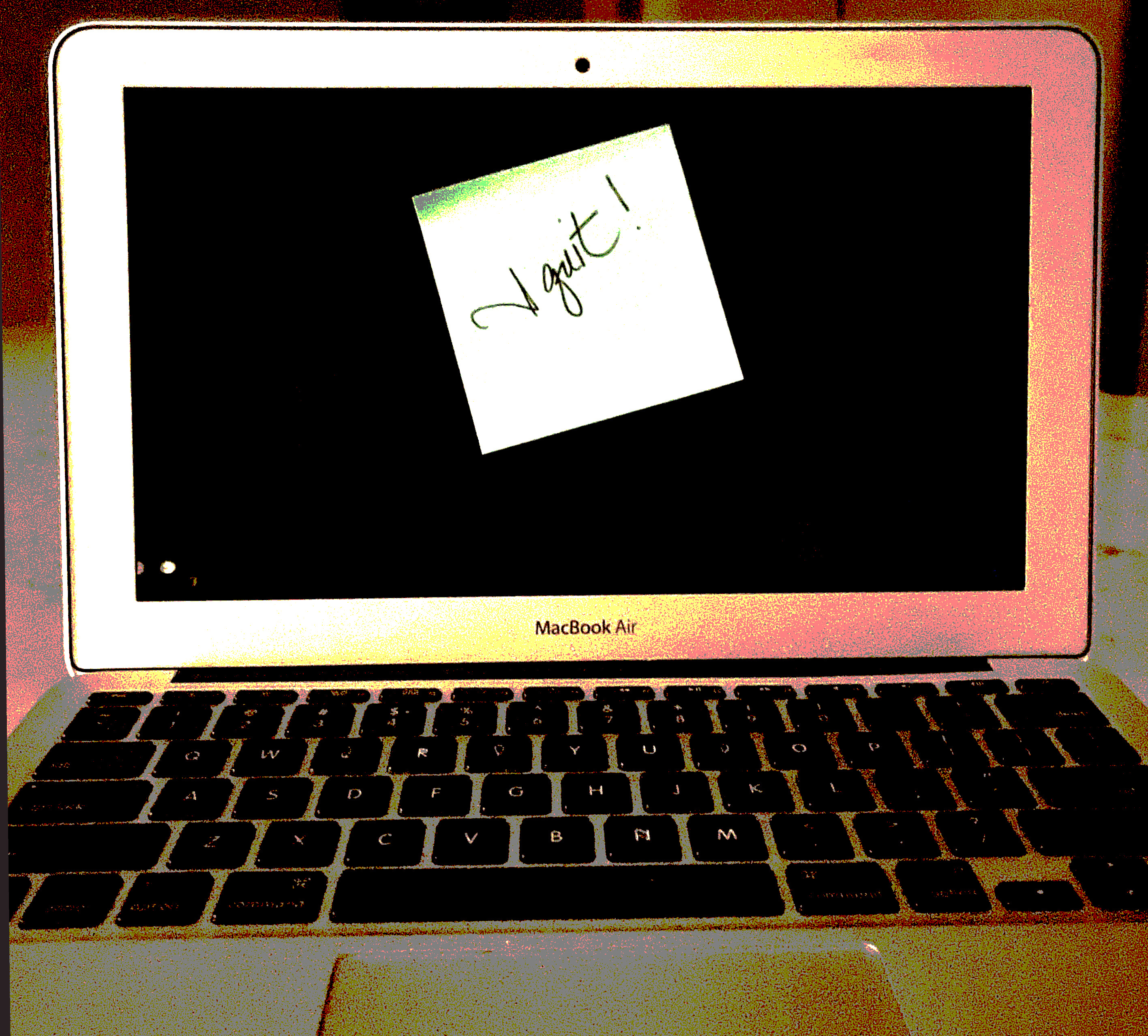 In our culture, being a quitter isn’t generally seen as a good thing.  We value determination, drive, commitment, and the willingness to carry a task through all the way to the end.  And rightly so.  Determination and commitment and all the rest are admirable qualities to have– and they’re essential to us as writers.  I’ve always felt that one of the deadly sins of the unpublished writer (i.e. the sins that will stop her from ever getting published) is to be a serial book-starter.  To start writing story after story, only to abandon the work in favor of some bright, shiny new idea when the going gets hard.

I still feel that way.  In my experience, every book hits a rough patch, a time when it would be easier to just shove the whole mess into a drawer and switch to something new.  But it’s kind of like parenting, in that you’re in it for the long haul.  You don’t trade in your kids just because they will not for the love of pete put their dirty socks in the laundry hamper (and my kids aren’t even teenagers yet).   You don’t give up on your book because the characters are stubbornly sitting with their arms folded, refusing to participate in the story you have laid out.  Or worse, raising their eyebrows at you and sarcastically asking, Really?  That’s your idea of a plot?

Determination is what carries you through those patches, and leads you to the miraculous moment when your book finally works, when your fingers can’t fly over the keys fast enough.

Except when it doesn’t.

It’s a hard experience to have, a hard lesson to learn.  But there are times when determination isn’t the answer.  Or at least, when you need to redirect your determination towards another goal– something other than your WIP.  And it’s hard, because I’m not sure there are any hard and fast rules about when it’s the right time to walk away.  When the writing isn’t fun anymore?  When it’s just too hard?  When your characters aren’t cooperating? But as I mentioned above that happens with nearly every book.  It’s certainly happened at some point during every one of the books that I’ve finished and ultimately had published.   But the experience of having to quit, to change gears and walk away– that’s happened to me twice.  The book that landed me both my first agent and my first publishing contract– that book was written only as a result of having decided to walk away from the project I’d been working on for a couple of years.  I had truly loved that abandoned story, too– it was one that had come to me in one of those blinding, miraculous flashes of inspiration that are the moments you live for as a writer.  I just had to write it.

Except, ultimately, I didn’t.  It was hard to give it up, hard to admit that after a couple of years and many many many near-misses and rejections with agents and editors, it Just.  Wasn’t.  Working.  But I put it aside, changed gears– and suddenly all my crooked, twisty paths were straight and the doors opened, and it worked.  I’m pretty sure I’d never have landed my agent and a contract if I hadn’t decided to quit on the abandoned story.

The same thing happened to me this past year.  I’d spent . . . ugh, I don’t even want to think how long . . . working on the first book of a proposed trilogy. I loved this story.  (I still do, actually).  Everyone loved this story.  My agent, my beta readers.  Everyone was enthused.  We got some real interest from publishers, some great feedback from editors.  I revised and revised and revised.  And then . . . I had to walk away.

Why?  I’m not even sure what was the determining factor, exactly.  Was it a too-many-cooks scenario, where all the editorial feedback I’d gotten had sucked the joy right out of the writing for me?  Maybe.  Or maybe those editors were responding to a deeper flaw in the book itself, something that no amount of ripping out and pruning and rewriting could ultimately fix.  At any rate, the trigger moment was the birth of my 3rd baby, a year ago.  I had wee little newborn again (as well as 2 other older kids to homeschool), and suddenly I just couldn’t keep beating my head against the same brick wall.  It really was sudden, too.  I was doggedly plugging away one day.  And then the next, without even really pausing to consider, I closed the old file, opened a new one, and started typing the first pages of an entirely new story, a book unlike anything I’d ever written before.

Now, maybe I’ll go back to the abandoned story someday.   At some point, I’ll at least pull it out of the drawer and give it a read-through to see if there’s something there.  Maybe there is, maybe there’s not.  But that’s the good thing about stories.  They’re very forgiving.  They’re not going to be mad at you that you walked away and left them to sit idle for a couple of months or even years.  Sometimes they actually even reward you for having walked away by suddenly revealing to you just what the fatal flaw was that made them impossible to finish before.

But so far this year, I’ve written 6 books in that new series I started just after our baby was born.  6 books in 12 months, one right after another, barely pausing to catch my breath.  I’ve never, ever had a creative output or a creative experience like that before.  The books are being released under a different pen name (which is a subject for another post) so I can’t talk much about them here.  But suffice it to say that I’m unbelievably grateful and happy to have written them– and I never would have had the chance to write them if I hadn’t decided to just go ahead and be a quitter and walk away from a book that wasn’t working.

This is a good time of year, I always think, for new beginnings.  I don’t really make New Year’s Resolutions, but still, there’s something about the new year that makes it feel like a good time to set goals.  Maybe your goal is to finally finish the WIP that’s been haunting you for ages.  Or maybe– just maybe– you should think about making it your goal to quit.  Quit, walk away, take a different road and see where it leads you. 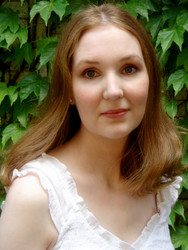 Anna Elliott is an author of historical fiction and fantasy. Her first series, the Twilight of Avalon trilogy, is a retelling of the Trystan and Isolde legend. She wrote her second series, the Pride and Prejudice Chronicles, chiefly to satisfy her own curiosity about what might have happened to Elizabeth Bennet, Mr. Darcy, and all the other wonderful cast of characters after the official end of Jane Austen's classic work. She enjoys stories about strong women, and loves exploring the multitude of ways women can find their unique strengths. Anna lives in the Washington DC area with her husband and three children.