Don’t Let the Virus Get You Down 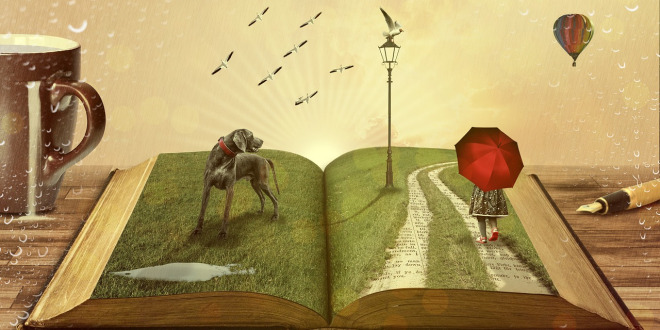 Writing as a Spiritual Practice Will Save You

I had lost all impetus to write, allowed myself to fall into a deep and dark cauldron of negativity. Is writing itself worth the effort? How about in a pandemic, when there’s a highly contagious, lethal virus circulating that could kill you and a lot of people you love?

But writing should never truly be about the final product. Writing is a spiritual practice, something you do because you feel compelled to do it. Most likely, you’ve always loved reading, fell massively in love with a writer’s voice, perhaps drew from it while you were growing up, or, when grown, while suffering from one of life’s major disappointments and feeling lost. Quite simply, the storytelling thrilled you. Words held magic and meaning. The way an author strung together words formed unforgettable images in your mind, caused feelings to grip your heart–and you fell in love with writing.

People become writers because they have stories to tell. Most start with their own, in some fashion, because that’s what they know, what they’re trying to sort out. They want to grasp how they came to be who they are—and why they should matter to the world.

Unless you’ve been truly blessed from birth and have a writing genius that requires no instruction or practice, years will likely be spent learning how to write, or at least to write something that holds together and achieves that original goal of transporting readers deep into their own hearts and imaginations. It can be a long, slow, tedious, frustrating path, and pilgrims often lose their compass, fall into doubt, give up entirely.

I’d been scribbling in diaries, later we called them journals, from the age of nine, recording observations I made, and later endlessly ruminating on what some boy might be thinking and why wasn’t he thinking about me? But I had no idea how one became a writer and didn’t consider it a life choice. For college, I focused on psychology, because it also fascinated me—but fate brought me to writing anyway.

I’d spent one summer in NYC during college, for which I forever owe my sister for taking me in. I loved the massive stimulation and opportunities for expansion it provided. After graduation I moved there. I had $100 in my pocket and had to take a job, any job, or go back to the small town I’d grown up in. Fairchild Publications, then the publisher of various trade magazines, including Women’s Wear Daily, hired me as a receptionist, in their editorial department. I sat right in front of John Fairchild and had no idea that he was huge in publishing.

Six months later I asked a friendly editor if I could write a book review, and soon began writing obituaries and small, newsy items. Six months later I wrote larger news stories, asked to write a feature story. I held my first subject captive for three hours, typed up every word he said, cut out individual sentences, moved them around on my bed until they made sense.

My editor loved it (I still have that clip with his congratulatory note on it), and my journalism career launched. Secretly, I’d read Hemingway’s A Moveable Feast at age sixteen and longed to be a novelist, or memoirist, not a reporter. Still, those years taught me a lot about storytelling, how to craft sentences, how to capture a mood, create atmosphere, relay crucial information in captivating prose. And I was a writer.

Years passed, I married, had babies, stopped working, stopped writing until I met someone who’d written a bright, breezy article and had it published in Cosmopolitan. During our first lunch together, once we’d quieted our toddlers with grilled cheese sandwiches, she leaned in close, her intensely blue eyes staring right into my dark, brooding eyes, and declared, “Once a writer, always a writer.” We became forever friends and signed up for creative writing classes at a local college.

From there, I studied at UC Berkeley, attended writing seminars, devoured books on writing, read hundreds of novels and memoirs, studied the craft. At the Santa Barbara Writer’s Conference, I won first prize in screenwriting for a nine-page script I’d penned while there, and the movie producer running the workshop said he’d read anything I wrote.

I furiously studied screenwriting for a year and never wrote a screenplay. Writing dribbled down to long letters. Then I met a shaman, got therapy, got divorced, and finally had something compelling to say. I wrote a memoir, sent it to New York publishers.

All fifteen or so editors who saw it sent it back, but one editor wrote a personal note, said she liked it, suggested another editor at another house. I had no idea at the time what that meant. I didn’t know that she was a legendary editor. Years later I learned this should have inspired elation, confidence, a huge push forward.

My passion for long-form storytelling kept getting sidelined. Finally, children grown, mostly gone, I sold my Napa house, jetted off to Paris for a year–at last! I focused on photography, my other passion, but obviously fulfilling my Hemingway fantasy, wrote a memoir about the experience.

Agented push this time, more editors, more passes, another funk. Luckily, I’d begun writing and editing nonfiction books, all of which sold to publishers. Got gigs editing other people’s novels. Ghostwrote a few. Still, I was supposed to be a novelist, or at least a successful memoirist. When would that happen?

I wrote in my last blog about all the emotional imbroglios that compounded a sense of futility. Enough to silence me for two years, enough for me to question whether I’d ever write again. And then this pandemic, which, oddly enough, caused just enough introspection for me to feel something so deeply I stopped being a blockhead and started writing again.

You see, I’ve always come back—because writing is my purpose in life. Writing is what I need to do to feel fully alive and productive. If you have a gift, you are meant to share it, and stories can literally save someone’s life, help them find that special something inside themselves that will deliver purpose and meaning to their life. It’s no small thing to write stories, it’s everything.

If you’ve been stalled, or blocked, or wondering if your scribblings amount to more than a hill of beans—when the whole world is on fire—please let me be the one to tell you that they do. If you love writing, keep at it. What you produce doesn’t even matter. It’s the writing practice that will keep you sane.

And who knows where it will lead?

Tips: Allow yourself to feel what you feel and if you can’t focus enough to write on your current work in progress (WIP), write about all the confusion and sadness you are feeling right now. We’re all suppressing huge grief and juggling invisible fear. Write about that. 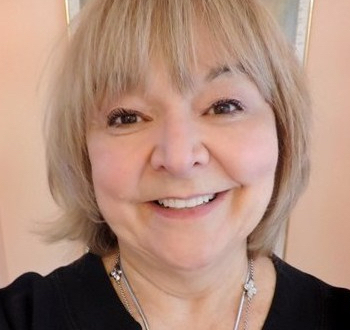 Susan Reynolds has authored, co-authored, book doctored, or edited more 50 anthology, nonfiction, and fiction books, for publishers and private clients since 2009. Her latest books include Fire Up Your Writing Brain and Train Your Brain to Get Happy. She contributed to and edited the anthology: Woodstock Revisited: 50 far out, groovy, peace-loving, flashback-inducing stories from those who were there (first published in 2009). She blogs on fireupyourwritingbrain.com and on Psychologytoday.com, and is currently writing a novel.