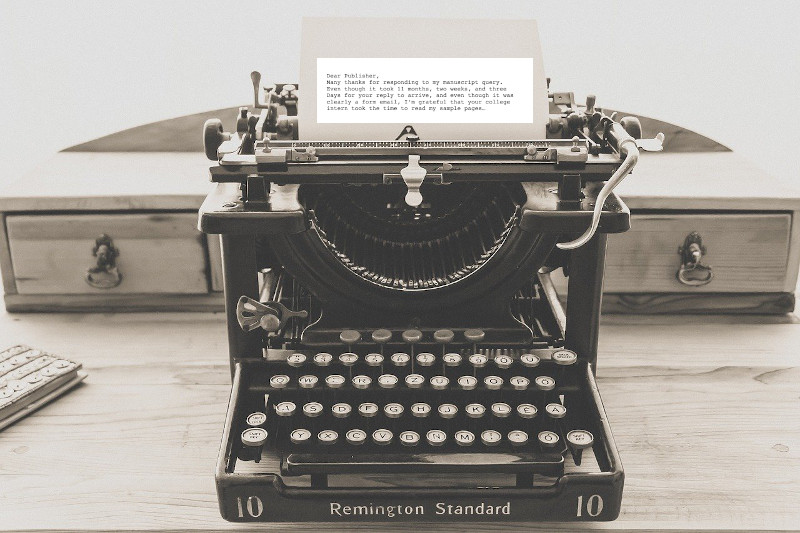 Many thanks for responding to my manuscript query. Even though it took 11 months, two weeks, and three days for your reply to arrive, and even though it was clearly a form email, I’m grateful that your college intern took the time to read my sample pages while watching Tik Tok videos and snapping Instagram images of freshly painted fingernails. Such multi-platform multitasking is perfect preparation for this new world where nouns are distilled into memes, feelings are reduced to emojis, and attention is measured in GIFs. I hope you’re paying your primary gatekeeper an adequate wage to share a studio apartment in Brooklyn with no more than three other future captains of the content creation industry formerly known as publishing.

While I hate to intrude on our Facebook time, I would like to point out a few of your junior staffer’s notes, presumably meant to help with my future submissions. Please understand I’m not trying to get anyone into trouble. I merely want to confirm whether these “edits” reflect the new industry standard for composition worthy of today’s audience.

Firstly, your intern changed all gender pronouns to they/them. While I consider myself an ally of transgender and non-binary persons I maintain some readers might find it useful to know whether a character identifies as “he” or “she” or is biologically so. If you feel otherwise,I’ll admit this is not a hill I’m willing to die taking, as we’re only talking about pronouns.

Secondly, any reference to sexual attraction, or even intercourse, has been removed. It seems your apprentice feels my main characters would appeal more broadly to Generation Z if they identified as “ace” which, after consulting a source called Urban Dictionary, I learned means asexual. No offense to those not interested in sex but how does your intern think people arrive on this planet? Dropped by aliens? Maybe it’s time we bring back the old trope of the stork carrying a swaddled babe in its beak. For the remainder of this letter I’ll refer to the younger cohort as storks – and I don’t care if they view this as a micro-aggression. I am the one who feels attacked and I seek, nay, I demand answers as to what our industry’s standards really are.

Trigger warning: A complaint about trigger warnings is imminent. Are you in a safe place, emotionally speaking, to read my third objection? Allow me tread lightly so as not to bruise your feelings. Okay, I’ll admit this preamble is insensitive. But seriously: Where do we draw the line between a reader’s right not to re-live trauma and my right to inject realism into a story? In my case, your employee went too far when striking an entire scene in which an injured horse is euthanized by its owner. Shooting a lame steed was common practice in the 18th century, and my depiction of this act was meant to portray the owner as a sensitive and merciful man. However, this proved far too much for your stork who apparently still suffers from PTSD after a veterinarian put down a beloved “fur baby.” My lack of a warning seems to be the main reason my manuscript was declined. For your intern’s sake I’ll thank God they didn’t read the part where the man, who was starving, ate his horse so that he could survive a harsh winter.

Please understand that I deeply empathize with anyone who had to say goodbye to a beloved pet. And I would accept the inclusion of a trigger warning for this scene if it increases my odds for getting published. But what about other passages such as a battle devolving into brutal hand-to-hand combat? Or a character’s death from dysentery? Adding warnings to each of these chapters would yank the reader out of the immersive experience I carefully curated for them. I hope you’ll agree that not every chapter in a book should be filled with “happy place” things.

My final complaint focuses on your stork’s lack of knowledge, even complete disregard, for American history. Here I’ll need to burden you with another detail about my novel: It features Thomas Jefferson as a recurring character. In my story Mr. Jefferson is presented as a complex, flawed human of his time who literally owned Black Americans, some of whom he used for sex, the most famous being Sally Hemings. To my astonishment the stork you hired as the sieve for incoming manuscripts insisted I was wrong. Thomas Jefferson, she wrote in all caps, WAS A BLACK MAN. When I shouted back at these words my daughter informed me that a Black actor plays Jefferson in the original cast of Hamilton, a play she has seen numerous times on the Disney channel. My daughter’s praise for the production was drowned out by my alarm that the person you put in charge of acquisitions looked no further than a Broadway musical for fundamental facts about our nation.

Having vented enough for now I wonder if my blame is aimed at the wrong target. What if the education system is the real culprit? Or Gen Z’s parents? Regardless, I do believe you’d be well served to occasionally double-check the writing samples your intern rejects. No need to do this with mine, however. I’ve given up and am exploring other avenues to “boost awareness among content consumers” of my “creative offerings.” God, just reading those words makes me feel dead inside. Still, I’ll focus on greener pastures like my YouTube channel in which I read rejection letters and offer comments similar to what you’ve read here. So far only a dozen people have subscribed but I’m predicting thousands of writers will sign up once my social media posts get enough shares. I’m still researching the best hashtags to optimize my Google-friendliness or whatever they call it. I do find some comfort in this practice as it still involves the careful selection of words.

Would you like to increase your media profile? Join me on my channel. I’d love to get your opinion about where our industry is headed and whether books can still maintain a place in this new landscape. And if the person reading this is in fact the intern who stars in the previous paragraphs, I mean no insult. What’s more, I’ll bet you’d be a far more entertaining guest than your boss – or me, for that matter. We could talk about Hamilton, pronouns, triggers, whatever you want. You’re the future, after all. Those who write should know who you are and what content you prefer.

If, during our chat you scroll through Instagram or Tik Tok, all I ask is that you share your distractions with our viewers. I realize I’d risk being a bystander on my show. But I need to know if my words still have relevance. Perhaps you’d be doing me a favor by putting me out of my misery. Just do it quickly and as painlessly as possible. And be sure your rising star executes a full eclipse so my remains are shielded from sensitive eyes. Not to put too fine a point on it but don’t eat me because that would get you banned from all platforms, possibly forever.

What’s that? Of course, vegan. Please excuse my lame and inappropriate attempt at humor. And may your words succeed where mine have failed. 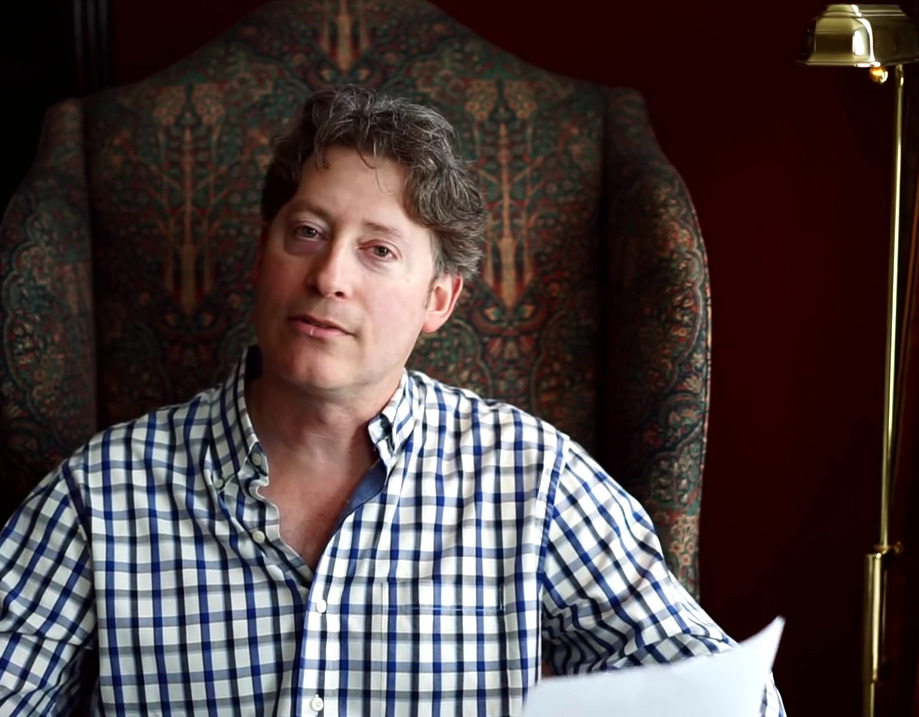 Dan Klefstad is a longtime radio host and newscaster at NPR station WNIJ. His latest novel, Fiona’s Guardians, is about humans who work for a beautiful manipulative vampire. The book was praised by the Chicago Writers Association’s Windy City Reviews, which likened his words to “tiles in an intricate and elaborate mosaic.” Klefstad’s novel started as a short story, “The Caretaker,” published by Crack the Spine in 2017. It was later adapted by Artists’ Ensemble Theater for their Mysterious Journey podcast. He writes in DeKalb, Illinois.

This is too good for me to even begin to try and praise. Because it’s becoming our entire way of life now, isn’t it? I just shudder at some of the things I read every day—about schools,  libraries, to staff, to kids. I’m glad I’m turning 91 and won’t be around much longer, but I have kids, grandkids, and great-grands, so….heaven help them!

I’d be way too intimidated ever to meet DanKlefstad in person.
What a gift!

This is brilliant! After years of self-publishing, I finally got a lit agent who sold five of my books to Macmillan and Penguin, but not before getting my share of rejection letters. BTW, my publicist reached out to you years ago about an interview on your radio show…and never heard back. As an NIU grad and a years-long fan of yours, that kind of rejection hurt too! But…no hard feelings. Life is good!

OMIGOD. I laughed waaay too hard at this, as it is “funny, not funny”, as they say. At 56, I love being around younger people, and am a supporter of equal rights for all, but if I read a book with “they/them” subbing as he/she, it will go right in the trash. I mean, unless it was specifically addressing a trans character? I have a hard enough time figuring out what day it is, let alone deciphering who is saying what.  I joined an online writer group in which Tiktok appears to be a HUGE driver of book sales. But when I looked at both the book samples and fifteen second nonsense videos, I was totally turned off. Idk, are these all signs of getting old and crotchety? In any event, I’d love to subscribe to your YouTube channel…

I’m laughing and sharing.  Way too good not to.

Having been traumatized by rejections on more than one occasion, I would have appreciated a trigger warning about your painful reference to that uncomfortable experience. You’ll be hearing from my solicitor, good sir!

Brilliant! So true it made my toes hurt.

Laughing through tears of admiration.  Too true to be humorous, but Dan’s take on the faltering publishing empire hits home.

This is brilliant! Is it a clever composition or did the stork really make all these comments to your submission? I hope you made it up — it’s so amusing! If it’s real, it more terrifying than amusing.
Warmly,
Rachel