When I wrote God on Mayhem Street, I created Frank Townsend’s family farm even though I didn’t know a thing about farming. As part of my research, I toured a friend’s farm and recruited Veterinarian Bill Stork to read my manuscript. His feedback gave Frank’s farm the authenticity it needed. (For more on my God on Mayhem Street research, see: Fictional Research and Help with Poisoning Cows).

Now, while writing The Devil Particle, I’m creating a whole new world that takes place in the near future. This time around, there’s so much more to simply make up. But the story still needs to be grounded in reality to make it plausible. So, I’ve conducted a lot of fictional research including:

1. Looking for underground cities – instead of a family farm, some of The Devil Particle and much of its sequel are set in the cave city of Penchi (the Delaware Indian name for “cave”). I wondered whether there were any underground cities and discovered there are many, including Montreal’s RESO or La Ville Souterraine (“The Underground City”), Batu Caves, Kuala Lumpur, Malaysia (featured image), and the Wieliczka Salt Mine in Krakow, Poland.

2. Picking the brain of Particle Physicist Michael Albrow about what devil particles could be and how to extract them from humans. Dr. Albrow also gave me terrific feedback on my manuscript.

To hear more about fictional research, join me and Samantha Hoffman on Sunday, March 7th at 4:00 p.m. for the Chicago Writers Association’s Cocktails and Conversation. We will talk about how to create fictional worlds that are believable, how to conduct research, and how much research is enough. This fun virtual event is free! REGISTER HERE 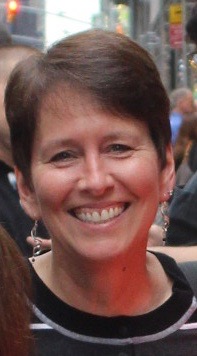 Kristin Oakley’s debut novel, Carpe Diem, Illinois, won a 2014 Chicago Writers Association Book of the Year Award, was a finalist in the Independent Author Network 2015 Book of the Year and a runner-up in the 2016 Shelf Unbound Best Indie Book Competition. Its sequel God on Mayhem Street was released in August of 2016.