Beta Readers: Who, When, Why, and So What? 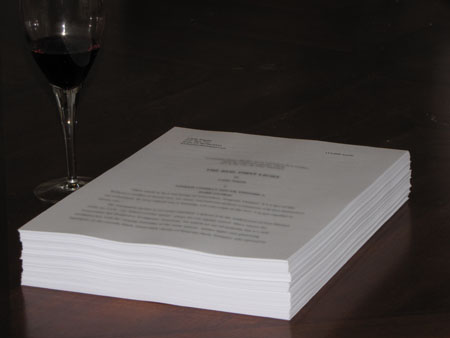 Beta readers, unlike critique partners or editors, are usually unpaid non-professionals who give feedback prior to a book’s publication. There’s no exchange of manuscripts; no expectation of advice about how to fix whatever weaknesses they find. They’re civilians, proxies for our future readers. Typically, they’re people we know, if not personally, then through a friend or writing community. We trust them enough to test our books on them and (presumably) listen to what they have to say.

Use of beta readers is widespread, but how do writers actually use them and how do they help?

As a former qualitative researcher, I got curious so I put the word out on five different Facebook groups for writers, asking whether, who, when, why, and how people use beta readers. After parsing the responses into topics and themes, I ended up with nearly 200 distinct “bits” of information. Here’s what I learned:

ADVANTAGES. Using beta readers is worthwhile, if not essential.
Those who responded to the survey felt that beta readers were a necessary part of the writing process. One put it succinctly: “They are a huge part of my process since the longer I work on a manuscript, the more susceptible I am to blind spots.”

In some cases, people used beta readers because they couldn’t afford a paid professional. Betas were seen as an alternative way to get an independent, impartial view of their work. For other people, beta readers complemented the feedback they received from paid editors, preceding or following their input; that is, they used—and valued—both. “Betas tell you how the average reader will respond to your book,” one author said, “and the editor will make your book marketable.”

Getting the most benefit from a beta reader was a key issue. To avoid both generic praise and generic criticism, some people felt it was important to give readers a list of specific questions about structure, clarity, continuity, and character development. “The questions are the key to focusing the comments—otherwise you run the danger of vague praise or people thinking they're line editors.”

On the other hand, some preferred to leave things open-ended, letting readers report what they actually felt without being limited or primed—the way people will focus only on the color of a flower, ignoring its shape and scent, if you tell them that’s what you’re interested in.

DISADVANTAGES. Using beta readers has its pitfalls and limitations.
Problems can stem from an over-abundance of feedback—a trap that writers can fall into when feedback is free. One participant said, “It's way too easy to ask ten people for comments, and then implement all their comments and lose what I intended for the story.” Confusion and loss of focus will make the manuscript worse, rather than better. “If you get too many chefs in the kitchen, it can change the recipe, which is almost never the best solution.”

Because feedback from beta readers doesn’t reflect knowledge of writing craft, it may lack the specificity necessary for it to be “actionable.” As one person put it, “reverse engineering” is needed to translate a beta reader’s reaction into what, exactly, went wrong and what to do about it, requiring so many extra steps that it left him wishing he’d hired a professional—or never asked. In his view, willingness to provide useful feedback and the ability to do so aren’t the same thing.

Ultimately, of course, writers must decide what to do with the feedback they receive. People tended to feel free to accept or reject what beta readers told them. If a number of people pointed out the same weakness—especially if they included both writers and non-writers—or if the comments resonated strongly, the feedback was more likely to be taken seriously. What I don’t know—because I didn’t ask—was whether people felt the same way about feedback they had to pay for.
I guess that’s another study.

WHO:  Most people use a variety of beta readers, both writers and non-writers.
Responses fell into three distinct camps.

Readers only, please! Some people only used readers, never fellow writers, because they felt that readers were more authentic, representative, and jargon-free. They liked readers with “a sharp mind and attention to detail,” preferably from their target audience, who were familiar with and liked their genre, and whose judgment they could trust. Some preferred non-friends who had no expectations, vested interest, or reason to soften their response for the sake of the friendship. One author said, “I've had plenty of betas who 'yes' me to death and while nice for the ego, it's not what you need.”

At times, specialty readers were also sought, either because they were experts in an area relevant to the book’s setting or plot, or because they could serve as “sensitivity readers” for content or characters outside the author’s experience.

Writers only, please! Other people were equally adamant that they preferred to use fellow writers, whom they considered better equipped to spot and articulate specific plot, pacing, and character issues. “Civilian readers don't catch snafus like we do,” was one comment.
On the other hand, they were well aware of the pitfalls of using fellow writers—in particular, the challenge for a writer of being able to switch gears and simply “read as a reader.” Some feel that writers have a tendency to want to change it to how we would write it ourselves.
Both, please! More often, however, people preferred a variety of beta readers, both writers and non-writers. That could include family members, trusted critique partners, representatives of the target audience, strangers, and “intelligent friends.”
One person used one-third supporters/cheerleaders, one-third tough critics, and one-third “wild cards” whose opinion she couldn’t predict. “You need a good variety to get a full understanding of the good and bad in your writing,” she said. “I like to ask two sets of people: a few who are my target audience and a few who can help edit and deal with higher level critiques.”
Where can I find these people?  Non-writers can be found among those one knows personally, or by soliciting through online reader communities. People may be drawn by the offer of a free copy, so it’s important to have a screening process to make sure the person is willing and able to give the kind of feedback you seek. Readers can also be found, for a small fee, through enterprises such as The Spun Yarn that vet and train their beta readers, match an author with appropriate readers, and monitor the process.
Fellow writers can be found through writing communities, local or virtual. Here, the incentive might be the opportunity to exchange manuscripts or to “learn by doing.” For further insight into the question of peer versus professional critique, please see https://www.janefriedman.com/peer-critique-versus-professional-editing/

WHEN: What matters isn’t just who, but when. Different kinds of beta readers are useful at different points in the process.
Rather than thinking of beta readers as a single group, or of beta reading as a single event, many people use different kinds of readers at different points in their writing, and for different reasons. They like to have one kind of reader to review an early draft, but want a different kind of reader for a revision and a third kind for a polished manuscript.
Fellow writers were seen as most helpful for early drafts, ongoing critique, and feedback when one was stuck, at a crossroad, or “when I have done everything I can with a draft but don't know how to go further and need assistance with recognizing craft issues.” Drawing on a common lexicon, fellow writers could explain, more specifically, what was lacking or wrong—as long as they didn’t cross the line into “this is how I would have done it.”
Non-writers, on the other hand, were more helpful, later, when the book was finished, “as a test audience, almost as quality assurance,” but not for material that still required considerable work. Respondents emphasized that it was up to the writer to make the manuscript as polished as possible before showing it to non-writers, who “don’t want to read something that’s not been edited or is hard to follow.”

TAKEAWAYS.  What can we learn from this study?
•    Know—and communicate— what you want from a beta reader. That may be different at different points in the writing process.
•    Seek diversity of background and viewpoint, depending on your aim. Sometimes you’ll want a heterogeneous group of readers, and sometimes you’ll want someone specific. Think about what you need before you ask.
•    Regardless of whether you also use a paid professional, beta readers can serve a vital role as a test audience. Just remember the difference between asking for someone’s experience and asking for her expertise.

A version of this article first appeared on Jane Friedman’s blog on March 20, 2019

BARBARA LINN PROBST is a writer of both fiction and non-fiction, living on an historic dirt road in New York’s Hudson Valley. Her debut novel QUEEN OF THE OWLS (April 2020) is the powerful story of a woman’s search for wholeness, framed around the art and life of iconic painter Georgia O’Keeffe. QUEEN OF THE OWLS was a 2020 medalist for the Independent Publisher Awards and has been short-listed for the $2500 Eric Hoffer Grand Prize. It has been featured in Parade Magazine, Entertainment Weekly, Pop Sugar, and Working Mother.

Barbara’s second novel, THE SOUND BETWEEN THE NOTES, will be published in April 2021.

Barbara has a PhD in clinical social work, blogs for several award-winning sites for writers, and is a serious amateur pianist.

To learn more about Barbara and her work, please see www.barbaralinnprobst.com/