Behind the Pen: Meet Board Member Maggie Smith 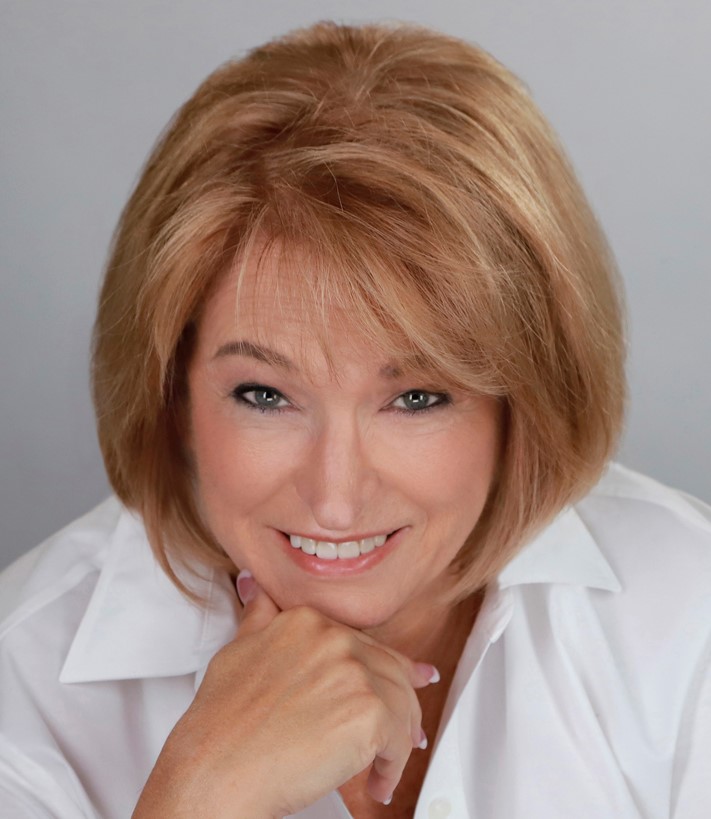 Maggie Smith is a writer and advocate for women fiction writers. In her podcast Hear Us Roar, she shares book recommendations, interviews, writing tips, and more. She recently joined the Board of Directors of the Chicago Writers Association, and is the new managing editor of CWA’s Write City Magazine.

Q: What is your writing process?

A: I write in two-day cycles: On Day One, I write a rough draft of a scene, usually 5-7 pages. I complete this by early afternoon and switch to regular life stuff (social media, housework, emails, meals, marketing, podcasts), but always with the scene playing through my head. I’m adding flesh to the skeleton, identifying the subtext I’ve missed, thinking how to deepen the emotion, deciding what I’ve left out or what I need to add. The next morning, Day Two, I revise that same scene, adding in the ideas I’ve had overnight and ending the writing session by jotting down brief notes about the next scene. That afternoon/evening I think through that scene and what I’m trying to accomplish, how it either advances the plot or reveals something about my characters.

The next morning it’s Day One again and the cycle starts over.

Q: What genre do you work in and why?

A: I write contemporary fiction (sometimes called book-club fiction) about ordinary women faced with life-changing decisions. When I first went to college, I studied journalism at Northwestern and later got a doctorate in psychology, so obviously I’ve always been fascinated by people and their stories. When I needed to locate my first novel in a large city, I chose Chicago both because of my college experiences and because I lived in the Lake Shore East area on weekends for several years. While I admire writers of historical fiction, I gravitate to novels rooted in the here-and-now. I’m also endlessly fascinated by conflicts between different generations, be it mentors, friends, work colleagues, or family members, particularly parents.

Q: You say you are a "workshop and conference junkie." What are some writing conferences and resources that have shaped the writer you have become today?

A: When I first decided to become a writer, I approached it as a craft that I needed to learn. That meant I signed up for large conferences like Writer’s Digest in New York and Rocky Mountain in Denver, but also smaller workshops like Write by the Lake in Madison, the Iowa Summer Writing Festival, and Donald Maass’ Writing the Breakout Novel. I hired a book coach, Lisa Cron (of Story Genius fame); I joined a local Milwaukee writing roundtable (Red Oak); I blocked out whole weeks to attend retreats taught by Steven James, Robert Dugoni, Margie Lawson, and Jennie Nash. I participated in on-line classes at Grub Street. I travelled to Albuquerque for the Women’s Fiction Writer’s Retreat, to Chicago for Let's Just Write! An Uncommon Writers Conference, and to Madison for The Writer’s Institute. I’ve been to Novel Bootcamp in West Bend three times and Writer Unboxed in Salem twice. And that’s not even counting the five shelves of craft books from McGee to Truby and the hours of YouTube tutorials I’ve absorbed. But it’s not just that I believe such workshops and retreats are helpful for learning the craft, but also because they provide wonderful opportunities for making new friends in the writing community. The people I’ve met at such gatherings have become some of my closest friends.

Q: Tell us about your debut novel "Truth & Other Lies." How did it come to be?

A: Here’s a brief description: Megan Barnes, a young investigative reporter, is furious when a series of tweets accuse her mentor, Jocelyn Jones, a Pulitzer Prize-winning journalist, of plagiarism. Desperate to clear Jones’ reputation, Megan chases down the Internet troll, only to discover the accusation may be true after all. And when she receives a blackmail threat that could derail her own mother’s bid for Congress, Megan must decide whether to betray her journalistic principles and cover up the truth behind the lie.

The novel grew out of a prompt I was given during a writing workshop which was what could you never write a book about? And I jotted down mothers and daughters. Why? Because I have no children of my own and because my own mother and I had a contentious relationship seemingly from day one. The book guru Donald Maass called my initial attempt a “secret baby story” with a teenage pregnancy, a hidden adoption, and family secrets. At his urging, I dropped that storyline, but kept my central characters: an older woman, a mother in her late forties, and a young woman searching for a role model. The interactions, conflicts, and changing loyalties between these three women have remained at the heart of the book, even though the plot line is light years away from where it started.

Q: What is the inspiration behind the podcast you host called "Hear Us Roar"? What are you trying to achieve through it?

A: On Hear Us Roar, I interview authors who belong to the Women’s Fiction Writers Association about their debut novels and their path to publication.  The inspiration came because I wanted to give back to WFWA, an organization which has over 1400 members and is dear to my heart.  When podcasting started to grow as a viable medium, I suggested the idea to the board and volunteered to head it up. This month I’ll be broadcasting the 45th episode and it’s turned out to be the best idea I ever had, a win not only for the authors I interview, but also for the organization, my own marketing platform, and for other writers who are hopefully inspired by hearing about these writers' journeys.

Q: What are some of your all-time favorite books that you just can’t forget about?

A: I tend to remember ones I’ve read recently so Little Fires Everywhere, My Dark Vanessa, The Dry, Missing Presumed, I Let You Go, and Writers and Lovers. But I will mention two older ones that are dear to my heart. The last line of We Are All Completely Besides Ourselves by Karen Joy Fowler never fails to make me cry, and for contentious mother/daughter relationships, you can’t beat White Oleander by Janet Fitch. And a shout out to my first major adult read, Gone with the Wind. I started it on Thanksgiving Day when I was 17 and my parents had to threaten to cut off my allowance if I didn’t put the book down and come to dinner.

Q: What are you looking forward to as the newest CWA board member?

A: My role is managing editor at Write City Magazine, so I’m really excited about publishing the work of authors who may not have had the exposure they deserve. By printing their short fiction, creative essays, and poems through this venue, hopefully more readers can discover them.

Q: As a writer, what are your future goals? Any upcoming projects you'd like to share with us?

A: In the next year, I’ll be wearing two very different hats: one is Marketing as I usher Truth & Other Lies into the world next spring and one is novelist, as I work on my next women’s fiction book which also has undertones of domestic/psychological suspense. It’s called Eye for an Eye and it’s the story of a veterinarian being targeted for a decision she made twenty years before, at the same time as she is coming to terms with her father’s dementia.

Bio: Maggie Smith’s debut novel, Truth and Other Lies, will be published in March, 2021 by Filles-Vertes Press. Set in contemporary Chicago, it’s the story of a young investigative reporter faced with an impossible choice—if she saves her famous mentor’s reputation, she’ll destroy her own mother’s political career. Maggie blogs regularly for Rocky Mountain Fiction Writers and hosts the podcast Hear Us Roar, where she interviews debut women's fiction authors. Learn more at www.maggiesmithwriter.com. 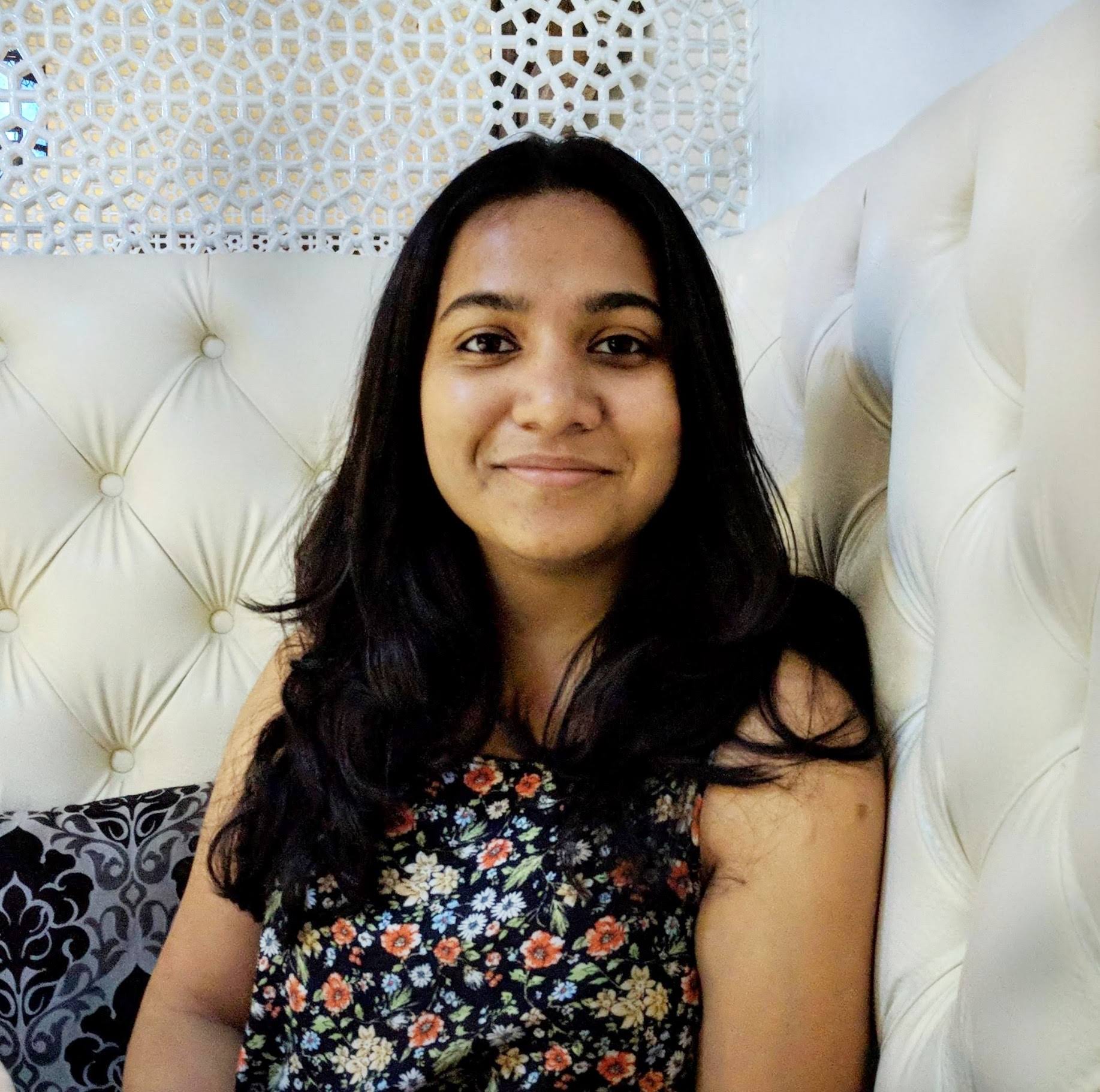 Meryl D'Sa, transplant from Mumbai, recently earned her MFA in Creative Writing from Florida Atlantic University, where she also worked as a graduate teaching assistant and as the visual art editor and social media handler for the program’s literary magazine Swamp Ape Review. In her writing, she often tries to go beyond what feels comfortable in order to better understand herself and the world. She writes, she breaks form, she reads, she pets dogs, she lovers ginger wine and all kinds of peppers.

Congratulations, Maggie!
I am certain you will add valuable leadership to an already topnotch Board of Directors!
-Della