A Simple Guide to Symbolism in Stories 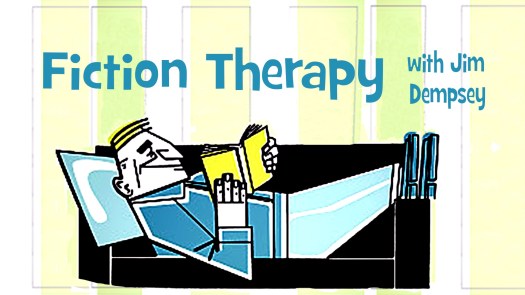 A Simple Guide to Symbolism in Stories

By Jim Dempsey - Originally published by Writer Unboxed on April 14, 2020

It seems we cannot get enough of pandemics. Dean Koontz’s novel The Eyes of Darkness jumped to number three in Amazon’s charts, with a reported increase in sales of 3,000%. It’s about a virus, a biological weapon, developed by China, called Wuhan-400. Spooky, right? Especially since it was written in 1981.

Maybe it’s mostly conspiracy theorists buying that one. But what about Albert Camus’s The Plague? His 1947 novel has seen a sales boom, too, these last weeks. Here, though, the plague is a metaphor for the Nazi occupation of France in World War Two. The plague symbolizes the evilness that we could all carry within us.

Symbolism is important in novels as it adds another layer of depth to the readers’ experience by triggering their unconscious. It helps to engage the readers, make them think and feel, become involved in the story rather than just passively reading the words.

Symbolism offers a concise shorthand that fits well with that old creative writing school advice of show don’t tell. And it can work throughout the whole novel—as in the case with Camus’s plague—or within a scene.

Within a scene, you can use symbolism to show how a character feels. The classic example is that one moment, often toward the end of the story, when our hero feels defeated, all hope has gone, and it looks like the bad guy can never be beaten. This is the long dark night of the soul moment, when all is lost, and it often literally takes place in the dark.

Other common symbols for emotions are rain for sadness, fire for anger, a butterfly for transformation, a rose for love. Those might seem cliched, but they are so familiar to most people that they really can invoke that sense of the emotion in the reader.

But symbolism is a difficult trick to pull off well. It has to be subtle, not overwhelming and not overplayed. And, if you want to avoid those clichés, it can take some searching to find the exact symbol you need to project the feeling in your character or to invoke the message or theme of your story.

So here’s a method to help, borrowed from a technique used in psychotherapy to help patients deal with painful feelings or even trauma. It involves trying to imagine that pain as an object. It helps the patient to see that pain as something external and put some distance between the person and the pain. This is especially useful when the pain feels close, when it consumes almost every thought the person has. This can be applied to stories and characters as an aid to visualize emotions.

Imagine the main emotion in the scene you’re trying to write or the theme you want to cover in your story. Take a moment to connect with that emotion or idea, really try to feel it, experience it as the character(s) would. Sometimes it helps to think of the incident or process that led up to the character feeling that emotion.

Stay focused on that emotion for a minute, then slowly try to see if something appears in your minds’ eye. It could be anything—an object, a shape. Just the first thing that comes to your mind. Try to get a firmer picture of it, and then visualize it in front of you, try to see it there in the room.

To help you get a better picture of the object this emotion invoked, answer as many of the following questions as you can:

How big is it?

What shape is it?

What color is it?

If you could touch it, what would it feel like?

If it is something that can move, how fast would it move?

How powerful would it be?

For example, the character could be experiencing anger. The image that comes up for me is a car. A sports car. Red, obviously. And fast. And so powerful it growls as it speeds through the streets. Maybe in that moment of anger, the character sees such a car zoom past, moving so fast he has to look at it, the sound deafening, taking over from everything else in the street, all consuming.

Or maybe the character gets in this car and races off, to nowhere in particular. This, depending on the story, could be expanded to become a symbol that runs through the whole novel. The character is always moving, always trying to get away, and can’t be caught.

Symbolism maybe gets more attention than it deserves in high school English. Most of us forget about it after that. But it still has an effect on readers. Some might analyze it, some might not even consciously notice it, but it’s worth making some effort to add a dash of symbolism to your stories. 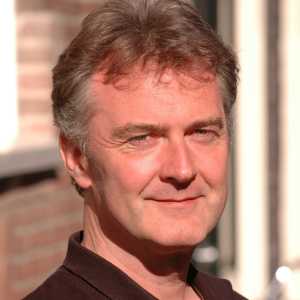 Jim Dempsey is a book editor who specializes in detailed analysis and editing of novel manuscripts through his company, Novel Gazing. He has worked as an editor for more than 20 years. He has a master’s degree in creative writing and is a professional member of the Chartered Institute of Editing and Proofreading. Jim is fascinated by the similarities between fiction and psychotherapy, since both investigate the human condition, the things that make us uniquely human. He explores this at The Fiction Therapist website. If you have a specific concern with your novel, send an email to jim@thefictiontherapist.com, or visit the website to ask for a free sample edit.